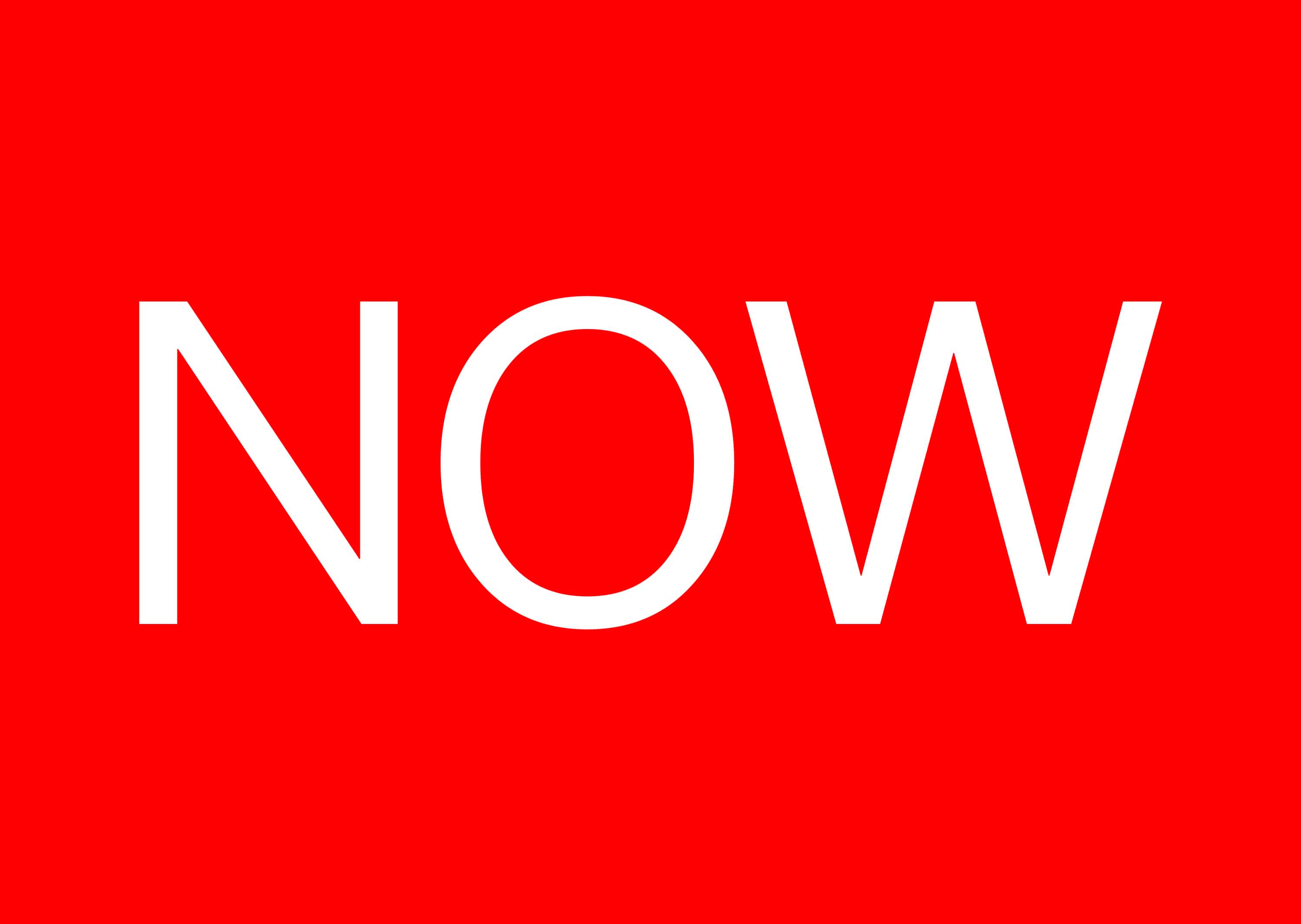 0000
PRSNT IS A REFLECTION OF HOW WE CONSUME AS A SOCIETY TODAY. WE'RE CAUGHT IN A CHAOTIC, FRENZIED SPIRAL OF NEW ADDICTION. CONSTANTLY CHASING MONEY, POWER, SUCCESS AND A WILDER, FASTER PACE OF LIFE. WE'VE BECOME A SOCIETY THAT LIVES IN THE FAST LANE.

PRSNT IS A GLOBAL PROJECT THAT COMBINES DIFFERENT ARTISTIC INTERPRETATIONS OF OUR MODERN LIVES. CREATED BY A VARIETY OF ARTISTS WITH DIFFERENT MUSIC, VISUAL, AND LITERARY BACKGROUNDS, PRSNT HAS COME TO LIFE IN THE FORM OF AN ALBUM. AN ALBUM THAT FEATURES 12 COMPOSITIONS, EACH JUST 32 SECONDS IN LENGTH.

ALL THE PROCEEDS OF 'PRSNT' WILL BE DONATED TO MENTAL HEALTH CHARITY TO HELP FUND THE FIGHT AGAINST THE REAL-LIFE IMPACTS OF EXCESSIVE OVERCONSUMING AND DIGITAL ADDICTIONS. 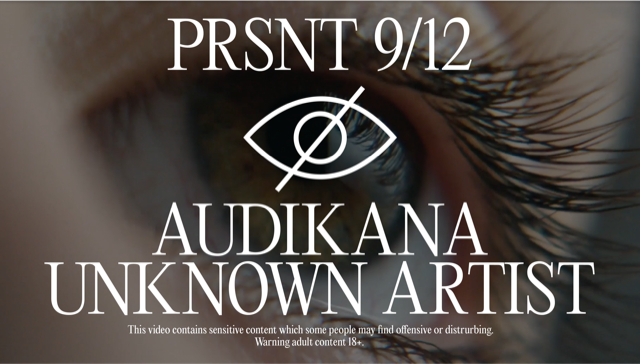 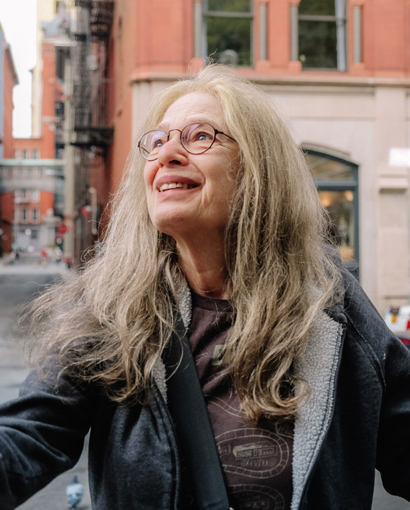 Born in Chicago in 1945, Spiegel is best known for her software development during the 70s and 80s. Her most esteemed program was Music Mouse, created for her own personal use and later developed on Macintosh, Atari and Amiga computers. Music Mouse was also the main tool for the elaboration of her 1991 album 'Unseen worlds'. Spiegel's work over the past forty years has transformed the way humans engage with technology, reshaping creative pathways and expanding knowledge through the use of digital music- making tools, and how these tools have altered and affected our creative processes. «When you're writing the software for yourself, you get something that really thinks like you.» To this day, her music and worldview remains luminous, expansive and utopian. 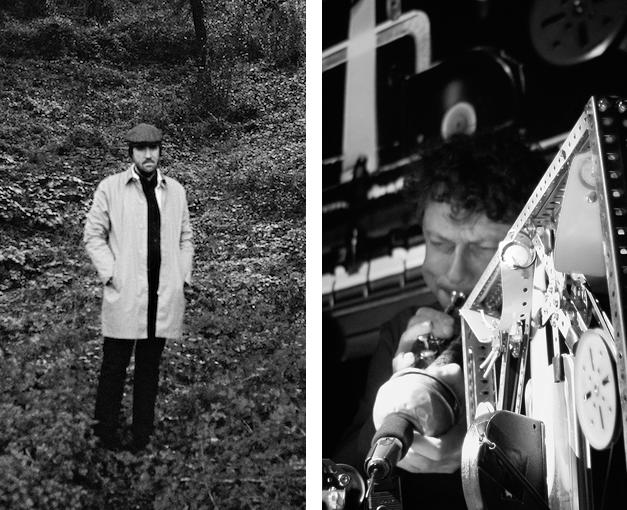 Graduated in 18th-century French literature, Pierre Bastien (Paris, 1953) began designing and building his own mechanical orchestra in the 80s. He called it Mecanium, the first ensemble made up entirely of musical automatons constructed from bits and pieces of Meccano activated by small electro-motors. The idea was to have the automatons playing different traditional instruments from around the world, including koto, bendir, violin and sanza. Mecanium was in development for many years, reaching around eighty elements in the 90s. For his part, Pedro Vian (Barcelona, 1986) is a Catalan producer, composer and label owner. His music tends to explore the synergies between dance music and experimental electronics.

On her debut album 'Fountain', Berlin-based composer Lyra Pramuk explores her own voice by means of layering, effecting, resampling and transfiguring words which, through post-humanist forms of thinking, reveal nature's intrinsic mysteries. Musically trained from an early age in choirs and orchestras, Pramuk's performative art and music fuses classical elements, non-binary transfeminism and scientific concepts into what could be understood as futurist folk music. Describing her own work as “cyborgian vocal layering”, she would probably agree with voice manipulation pioneer Joan La Barbara that the voice is the original instrument. 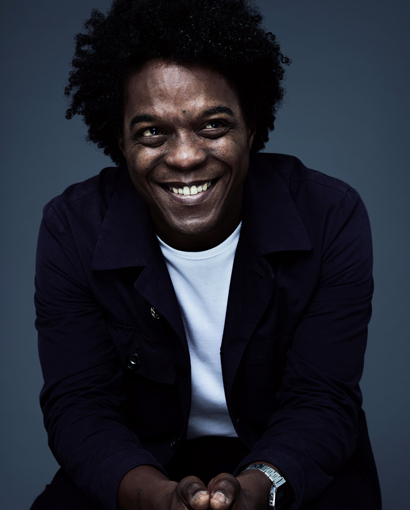 Christophe Chassol (Paris, 1976) is a French composer, arranger and musical director. His work brings together voices, soundscapes and music, often integrating them with images of his travels and transmuting them into totally new audiovisual experiences. A former student at both the Paris Conservatory and the Berklee College of Music in Boston, Chassol's music had previously featured in films, television and advertising, before developing a singular compositional method which he named Ultrascore, a technique for "harmonizing reality" or creating a soundtrack for real life. Chassol has collaborated with Frank Ocean and Solange and, among various other projects, also deconstructed Steve Reich's 'Six Pianos'. 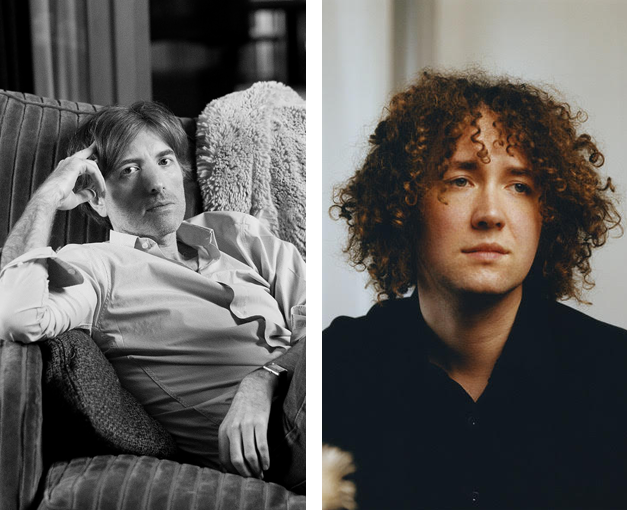 A cross-generational collaborative project resulting from the coming together of two distinct musical minds. Both born in France, although two decades apart, veteran musician Nicolas Godin achieved world-wide recognition during the late 90s as a member of the iconic band Air, while Pierre Rousseau was one half of Paradis, the house-pop project that helped launch the Beats In Space label. Godin's early musical background is rooted in classical piano, with his latest solo album 'Concrete and glass' absorbing inspiration and references from sources as diverse as architecture, Johan Sebastian Bach, minimalism and pop music. Rosseau was inspired early on by impressionists such as Erik Satie and Maurice Ravel, always present in his pursuit to combine “the elegance of minimalism with the ambition of maximalism”. His first solo album 'Musique sans paroles' is testimony to his heterogeneous creative output. 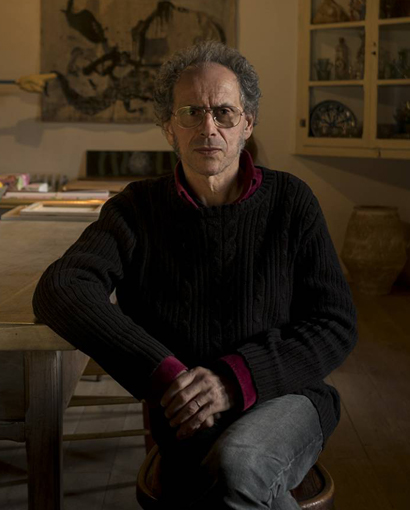 "I don't like to be filmed, recorded or photographed. I hate interviews. I don't have anything in common with an actor or a singer. I'm just an instrumental music composer, that's it." These words are taken from 'Constelación Comelade', a 2019 documentary about North Catalonian composer Pascal Comelade (Montpellier, 1955). A fundamental piece of Barcelona's counterculture during the 80s, Comelade has experimented with multiple genres including Spanish folk music (sardana and copla), minimalism, rock standards, avant-garde music, easy listening, etc., and has collaborated with the likes of PJ Harvey, Robert Wyatt and Jac Berrocal. His unclassifiable and extensive discography proves him to be one of the most authentic creators of recent decades, always able to approach different aesthetic proposals from a personal angle. 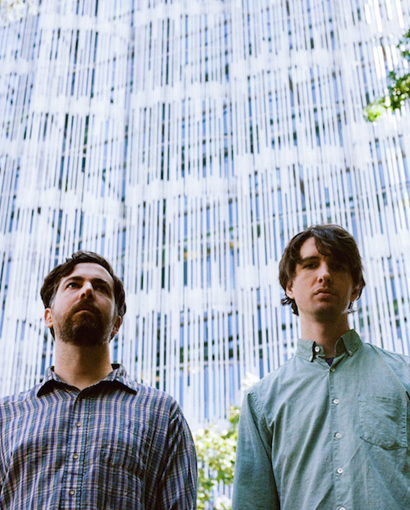 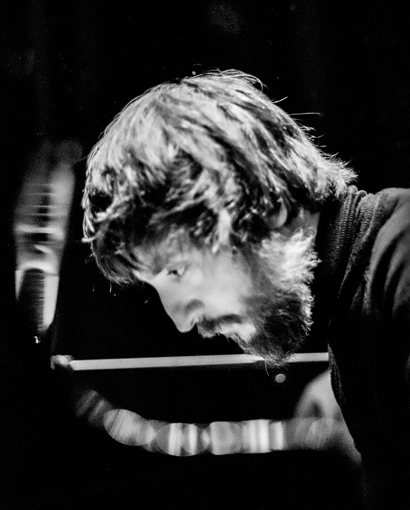 Active since the mid-90s, Raül Refree began playing guitar in Barcelona-based hardcore band Corn Flakes. Following a period as a songwriter, the Catalan musician focused his energy on studio production, leading him to work with artists such as Lee Ranaldo, Amália Rodrigues, Josh Rouse, with Lina paying tribute to Amália Rodriguez and Spanish legend Kiko Veneno. He attracted international recognition after working hand in hand with Rosalía on their critically acclaimed album 'Los Ángeles', for which they were nominated for a Latin Grammy award. Closely connected to the Nuevo Movimiento Flamenco, Refree only understands music as an exercise in creation and research of freedom. 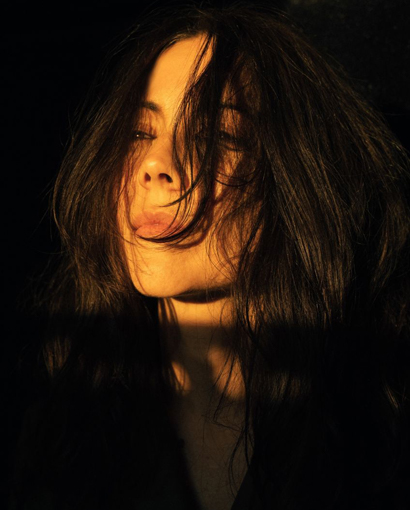 In the ten-minute manifesto that closes her latest album 'No era sólida', Lucrecia Dalt wonders if "paralysis can transform a person into a thing". Five solo albums deep into her psycho-sonic explorations, the Colombia-born, Berlin-based experimental musician has spent the most recent years of her life attempting to filter her sound art projects through the lens of her studies in geotechnics. The result is the mutation of speculative lyricism, advanced synthesis techniques and certain Latin American rhythmical elements into an abstract and haunting narrative, playing with perspectives of fiction, perception, scale, noise and environment. 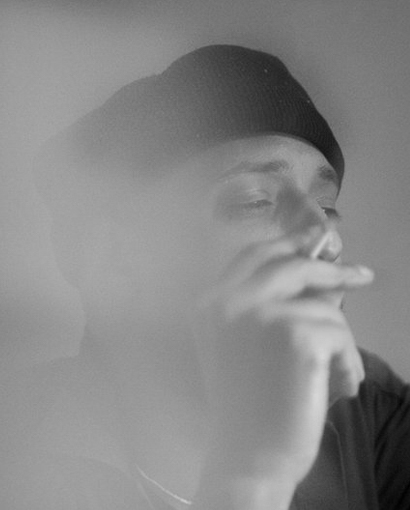 Labelling tracks as both ambient and reggaeton may sound eccentric and far-fetched, but that is exactly what the music press and record shops have been doing with Kelman Duran's groundbreaking body of work since he first appeared in 2017 with the magnificent '1804 kids'. The follow-up album '13th month' revealed his even more forward-thinking and ambitious side. Dominican-born and American-raised, Duran is also leaving his mark as a writer and filmmaker. His cinematic output focuses on police brutality, racism and the relation between life and art. At a moment in which there seems to be a need to define and over-theorize everything, Duran's music escapes definition, choosing to instead offer a more open interpretation of his work by calling it “illegal music”. 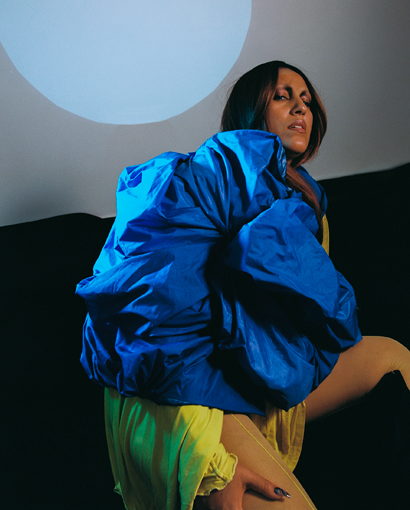 Raised in Paris of Iranian-Egyptian heritage, Lafawndah's path towards her current incarnation as a devotional pop polymath has developed as unpredictably as her compositional style: a non-fictional space where Caribbean and Middle Eastern rhythms melt into NY inspired club music, R&B and vocal infused pop. Lafawndah's musical and performative approach, inspired by all the places she has lived and feels connected to, reached high levels of singularity on her most recent album 'The Fifth Season'. In her own words: «I don’t wanna be ‘exotic’! I actually want my music to be in your fucking vinyl collection forever.» 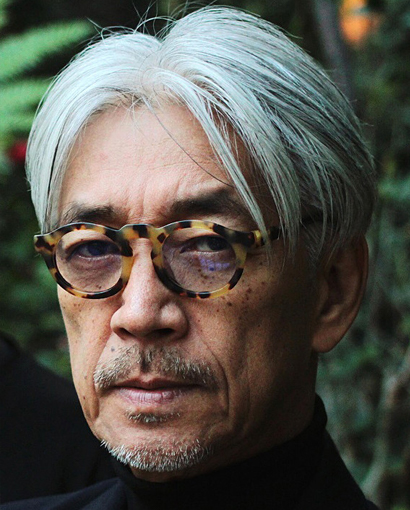 A key figure in the birth of techno and hip-hop during the 70s and 80s, computer music pioneer, climate change activist and Academy Award-winning master musician Ryuichi Sakamoto (Tokyo, 1952) remains one of the most inspiring figures of our era. Over the past four decades, the Japanese composer's musical explorations have traversed from Debussy to bossa nova, from techno to Okinawa's popular songs, from minimalism to noise, and from solo piano to Italian futurism, continually pushing the sonic boundaries with a clear sense of respect and curiosity. Soon to embark on his seventieth revolution around the sun, his work is still firmly on the cutting edge of modern music.

PRODUCTS YOU
CAN CONSUME NOW
BUT NOT LATER 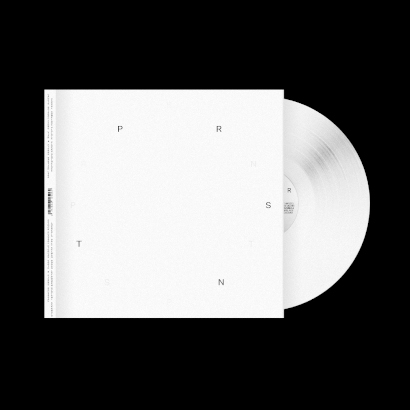 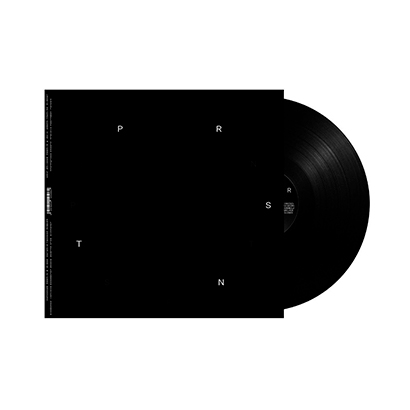 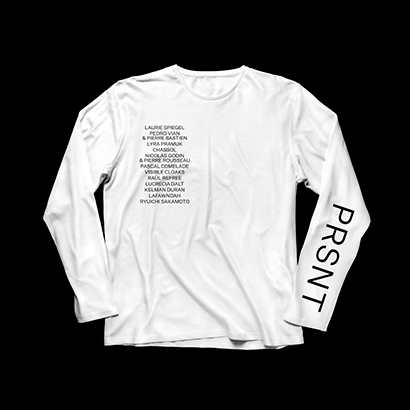 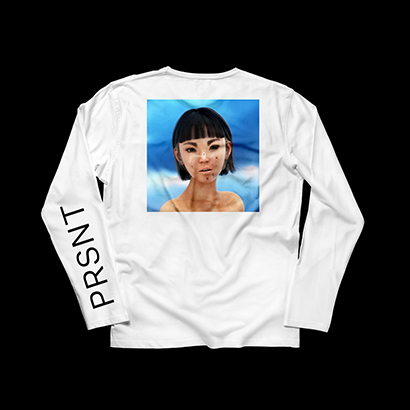 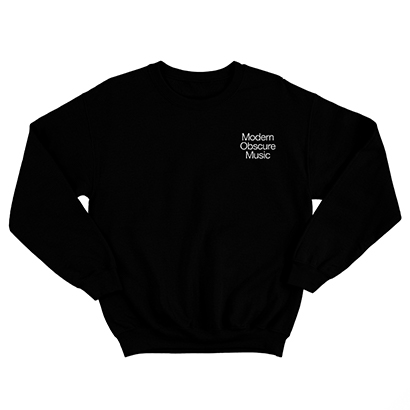 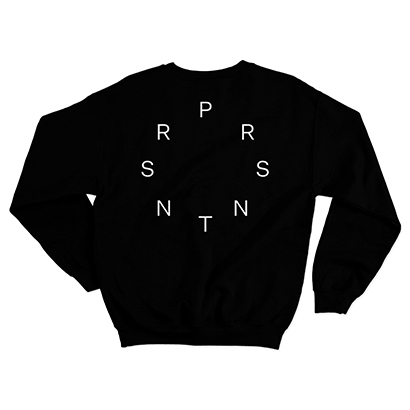